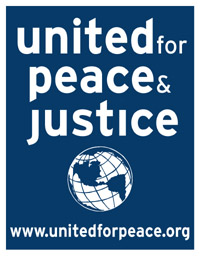 United for Peace and Justice has announced a new action that they are hoping will increase opposition to the Afghanistan War and raise awareness about the realities of the war. The group is facilitating a “National Media Day of Action on Afghanistan” on Thursday, May 21. The goal of the action is simple: change public opinion about the war by getting anti-war editorials, articles, and opinion pieces published in news outlets across the United States.

The group has put together a helpful series of guides to using the media. These include tips on how make the most of newspapers, radio, and online media as well as factsheets and other resources (including pre-written letters) that can help activists work with the media. The group is placing a special focus on online media, with ideas on how to use Facebook, Twitter, and MySpace–all of which are simple and effective ways for spreading your message.

This is certainly something that readers of MediaMouse.org should consider participating in. The local media outlets in Grand Rapids–The Grand Rapids Press, WOOD TV, WZZM 13, and WXMI 17–run relatively little coverage of the Afghanistan War. Almost completely absent from what coverage they do run is opposition to the war. It doesn’t take that long to write a letter to the editor or to email the media outlets asking them to improve their coverage–and it’s a necessary step if we’re going to build opposition to the war.

United for Peace and Justice would like to know what people do on the 21st, so if you contact a media outlet, be sure to let them know.