A new project by the Sunlight Foundation called Fortune 535 estimates the net worth of members of the US House of Representatives and the Senate. The project–based on Congressional disclosure procedures that the group says are “seriously flawed”–still shows that most members of the legislature have increased their personal wealth since taking office. Here’s the information about legislators representing Grand Rapids: 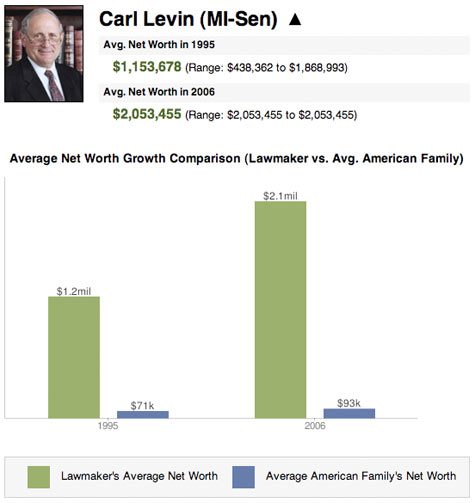 While the data makes no statement about how or why the legislators’ wealth increased, it does show that with the exception of Senator Debbie Stabenow, the three Grand Rapids area legislators have a net worth significantly higher than that of the average family living in the United States.